all about puppies socialization 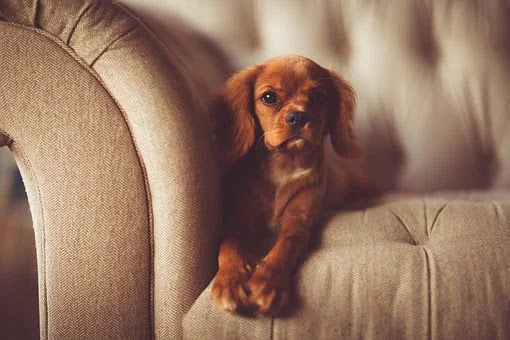 Socialization has become the buzzword of puppy rearing in the last decade,  and it is a very important process.  Broadly speaking puppies are born programmed to accept all the new events in their life that take place whilst they are ‘in the nest’.  This is the short period of time during which they are utterly dependent on their immediate family for all their needs and unable to venture far from their home base or ‘den’.


Obviously, in the wild, if small puppies went wandering about in the vicinity of larger predators they would soon become someone else’s dinner. Therefore the ‘end’ of this accepting and friendly phase is timed to coincide with the point at which the pups would leave the nest and start venturing out and about in the world.


Life within a human society

The purpose of the critical period for socialization is to enable the puppy to form bonds with its family members, those members of its community that it meets and greets on a day to day basis.  The purpose of the end of the critical period for socialization is to protect puppies from danger.   Once this period is over many dogs will have an adverse reaction to events that are completely outside his experience.  The form that this adverse reaction will take depends on the temperament that the dog has inherited from its parents.


The effect of temperament

If a dog encounters an event or situation that he cannot match to anything in his past life he is likely to regard that event with some suspicion. However, the way in which he reacts at this time can vary from slight surprise to extreme aggression.   It all depends on the dog’s temperament.
We know that temperament varies from breed to breed, and also between individuals within the same breed.  We also know that some breeds are prone to reacting with aggression when they meet unfamiliar situations, whereas other breeds are more likely to take novel experiences in their stride.
You cannot, however, assume that because you have a Labrador,  you don’t need to bother with socialization. There is a huge spectrum of reactions to novelty with breeds ranging across it from one side to the other,  and as individuals vary so much, the breed of a dog is an indicator rather than a guarantee of likely behavior.
The fact is that some dogs need very little deliberate socialization to grow up accepting of and friendly towards almost everything and everyone that they meet.  Whereas other dogs need a great deal of deliberate and intense socialization in order to be great canine citizens.  And you have no way of knowing which category your puppy falls into.
Failing to socialize a puppy thoroughly can be disastrous,  no matter what his breed,  and it is therefore important that all puppy owners are well informed on this crucial process.


How did people cope in the past?

If socialization is such an important thing for new puppy owners to understand and work through,  how did people cope in the past?
Those of you that are over forty or fifty years old and grew up with dogs,  will remember that no-one had heard of ‘socialization’  then.   So did more people get bitten back in the day?  Were more dogs aggressive?
We don’t really know the answers to those questions,  but I can tell you a personal story.
My own family kept gundogs when I was a child and no-one bothered with socialization at all back then.  We lived ‘out in the sticks’ and the dogs met people who came to the house and were taken out on walks after four or five months.  Very little else was done during the ‘critical period’ for socialization.    Yet most of them were typical soppy, friendly retrievers and spaniels.
There was though,  one distinct exception.   He was a lovely black Labrador/golden retriever cross.  His name was Sam,  and as he grew up it became obvious that he was afraid of strangers.  He became increasingly aggressive towards anyone he did not know well.   Then one day when I was about seven,  he nearly killed a neighbor’s small terrier on a lead that was being walked past our house.  My parents had him put to sleep that evening.
Of course, I cannot say for sure that Sam would have been a friendly dog if he had been deliberately and thoroughly socialized.   There may have been some other reason for his aggression.  In those days people didn’t ask a lot of questions.  Aggressive dogs were simply put down.
But there is ample evidence nowadays to suggest that many dogs like Sam can grow up to be friendly and sociable dogs if properly socialized at a young age.


It isn’t worth taking a chance

Failing to socialize a puppy is simply not worth the risk.  Life within human society is very different from life in the wild, and dogs no longer need to be aggressive to survive.   Whilst we are less inclined to serve a death sentence on an aggressive dog today, rehabilitating such a dog is a long and uncertain process.
Aggression in dogs is primarily triggered by fear.  If we remove the fear, in most cases we remove the aggression.  We do not want our dogs to fear strangers, new events, or different locations.  We want our dogs to view the whole of the human world as their home, as their place of safety.
Socialization gives you that dog.  A dog that has a wealth of experiences to match against new ones.  He knows that people of all shapes and sizes are not a threat, and treats the world as one big happy playground.